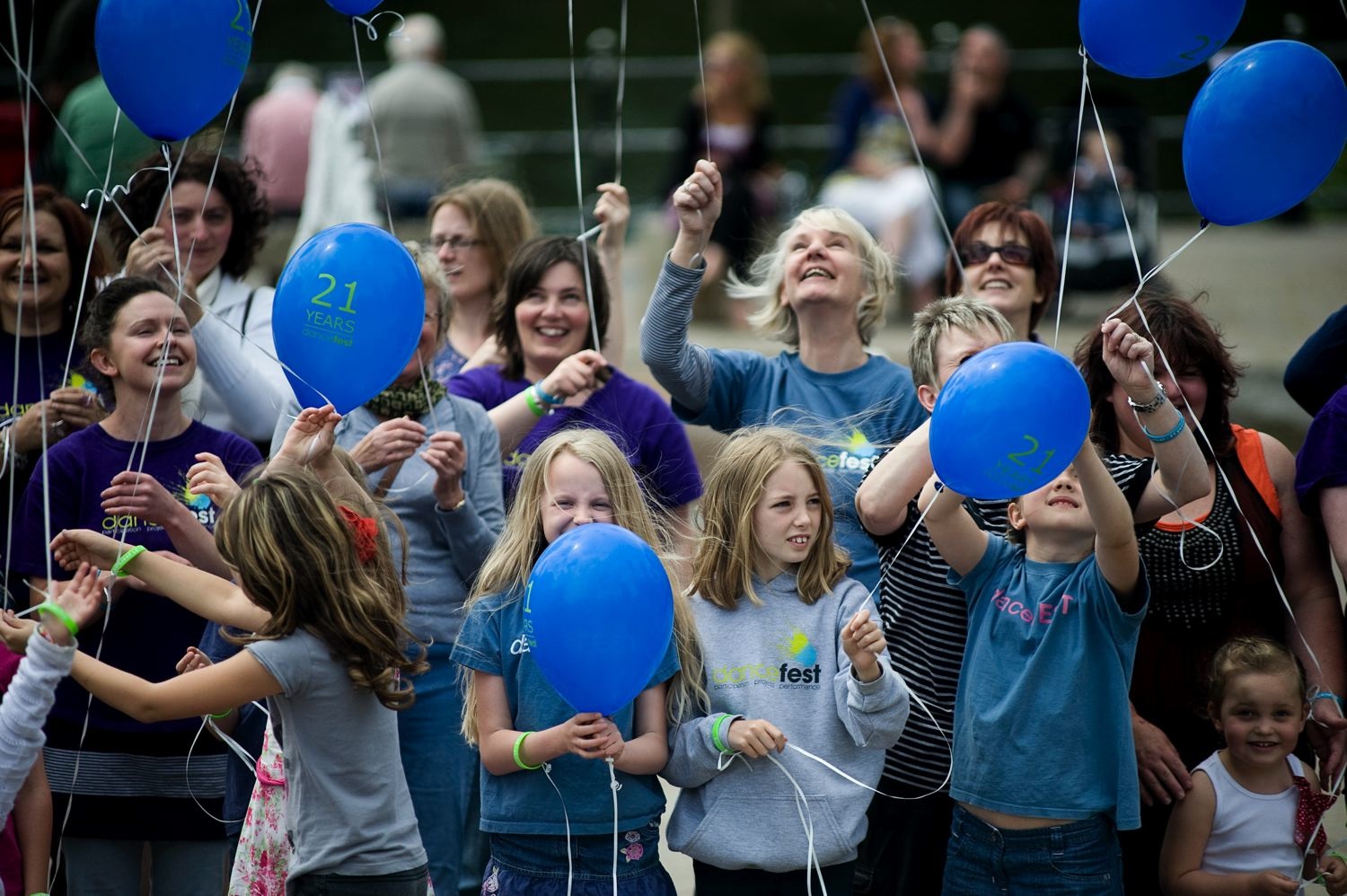 I originally trained at the Laban Centre as a secondary specialist teacher in dance and although I decided that working in schools wasn’t for me, I loved teaching. So in the late 80s I became part of the fledgling dance animateur movement, what is now more commonly known as community dance.

I started my community dance role as a volunteer at Worcester Arts Workshop, starting my first contemporary class with 1 person, who came for a month before other people started to join! Other youth and community groups followed, alongside which I was lecturing in dance at F.E. colleges, choreographing shows for the local rep, performing in a small scale dance in education group and generally getting loads of different experiences.

Alongside all the practical experience I started to do more project management. I enjoyed then, and still do, making things happen from beginning to end. Dancefest started as a two week festival in 1990 to profile dance in education, dance in the community and dance in performance, it took place again in 1992 and 1994 – each time building audiences and involvement. In 2000 Dancefest became an independent organisation and I became the manager. Since then things have grown, but maintained the community dance ethos – offering work that is of high quality and accessible.

In 2005 I produced Dreams and Ruin, our first large scale site specific performance at Witley Court and this has led to many site specific works at all scales and a personal interest in dance in surprising places.

I sit on both the steering and advisory groups of Worcestershire Arts Partnership and co chair the Arts for Non Arts Spaces sub group. Dancefest also leads Worcestershire Dance Promoters which brings together all our professional venues. I’m part of the West Midlands Children and Young People’s Strategic Group.